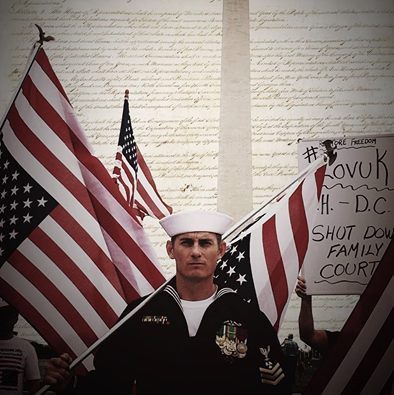 It’s Veterans Day.  I am not going to make you feel better about yourself today just because you posted a picture of a flag with a Thank You note.

Yesterday, 22 veterans committed suicide. Today, 22 more will follow suit. Tomorrow, another 22 will do the same.

I believe that the vast majority of these veterans were embroiled in a custody dispute over children. I also believe that every single one of those cases involved an opposing lawyer who is using the veterans service against them.

We do not need more posts that make us feel good about ourselves.

I am not going to make you feel better about yourself today.

Today, I am going to challenge you to get out of your comfort zone and think critically about what you believe Family Court actually does.

And then I want you to act.

I’ll get straight to the point: We need to enact legislation that mandates the following…

I believe that when you realize a lawyer cannot act in the best interest of someone who is not a client you will realize the con that is “Family” Court.

This is the point when lawyers tell you, “Oh, he’s just a sore loser. Everyone who doesn’t get custody blames the system.”

To which I say…

And I was up against lawyers who I believe are some of the most corrupt in Texas. (Charla Moore, Don Nix, Donna Smeidt, Laurie Robinson, and Marcy Freeman, to name a few).

By all accounts, I wiped the floor with them.

And I am calling for the end of the Family Court system as we know it.

I sincerely hope you have a pit in your stomach right now.

I am not going to make you feel better about yourself today.