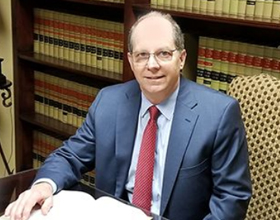 I am kicking off a blog series titled, “Ask a Lawyer” where I take a real life instance from a local divorce lawyer and compare it to the notion that he or she is acting in the Best Interest of the Child.

Five years ago today, October 13, 2015, Frank got a settlement for his client, Jeri Quezada, who a few years earlier had given birth to Leiliana Rose Wright.  But for most of Leiliana’s life up to this time she had been raised by her paternal grandmother, Alisa.

You see, when Jeri gave birth she was in prison for burglary.

It also turns out that Jeri had already had multiple kids taken away by CPS for abuse: child abuse and heroin abuse.

Are these traits difficult for anyone to comprehend in the context of Best Interest of the Child?

Soon after Jeri had come back into Leiliana’s life Alisa starting seeing signs of physical abuse so she filed a petition in Tarrant County “Family” Court to protect Leiliana.

But good ol’ Frank decided he’d take the case and fight for Jeri to have custody.

And he won.  Or more correctly: probably strong-armed Alisa (with the help of her pathetic attorney) to agree to a settlement by which Jeri was given Sole Managing Conservatorship.

Five years ago today, on October 13, 2015 Bill Harris, the District Judge for the 233rd District Court in Tarrant County signed the order.

Then, on October 15, 2018 I sat in a Dallas courtroom and heard another judge proclaim…

Three years and two days was all that separated one judge’s ruling to send Leiliana to her abuser, and eventual murder at 4 years old, and another judge’s ruling sending her murderer to prison for life without parole.

If ever there was a countdown to exposing the lie of Best Interest of the Child, this is it.

To anyone who wants to try to divert the issue by asking, “Where was CPS?” or “Where was the other attorney?” I say this…

The only question on the table is, “Where was Frank Pettigrew acting in the best interest of the child?”

The system either works the way it says it works — or it doesn’t.

Frank knew, or should have known after reasonable inquiry, that his client was a danger to Leiliana.  Yet he took Jeri’s money and, in my opinion, became complicit in her actions.

“Those who cannot remember the past are condemned to repeat it.” – George Santayana, The Life of Reason, 1095.

How many children will be murdered before the public holds lawyers like Frank Pettigrew and judges like Diane Haddock and Bill Harris accountable for their actions?

2 thoughts on “Can a Lawyer Act in the Best Interest of Children? Let’s Ask Frank Pettigrew”