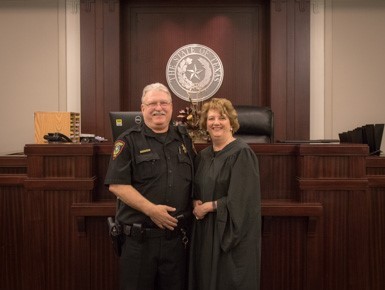 PLEASE: If you are happily married or were able to have an amicable divorce PLEASE read this blog.  Hopefully, you can relate to what happened today.

Imagine you are an apartment manager and you’re accompanying maintenance on its rounds. In one apartment you find a two year old child in a closet.  His only form of communication is to grunt. The child doesn’t know how to eat or drink.  When you give him a glass of water he pours it on the floor and licks it up like a dog.  He doesn’t even know how to chew food.

Is this the scenario in which you give thanks for Law Enforcement, Child Protective Services, and a legal system that is designed to address these situations?

I just court watched the 325th District Court and heard about this exact scenario.  Judith Wells was presiding.

The facts were disturbing.

As for the mother…

The mother claimed the child doesn’t have a father.

Nor does the child have a grandmother.

The mother intends on only feeding the child Lunchables – for breakfast, lunch, dinner, and snack.  Lunchables, and nothing else.

Her expectation for his development is that when he is 3 years old he’ll be able to say the word, “yellow.”

She claims she does not have a mental illness and has never had a prescription for medication for a mental illness.  Extensive eyewitness testimony was given that absolutely pointed to the mother having a severe, untreated mental condition.

The decision was easy.

Judith Wells ordered the child to be placed in the care of the maternal grandmother.  She ordered that neither parent would pay child support.  I don’t know if I wrote down the legal terms and parties correctly but it sounded like Judith Wells designated the State of Texas as the Permanent Conservator, and the parents were designated as Possessory Conservators (keep in mind, the dad seemed fine with this outcome).

No one watching the hearing would have decided any differently.  Not me.  Not you.  Not anyone.

This hearing was EXACTLY what I think about when I think about a system that acts in the best interest of children.  It was a textbook case at all levels and by all parties.  The “village” saw abuse and acted.  Law Enforcement and CPS intervened and protected the child.  The lawyers gathered evidence and didn’t hide anything.  The extended family stepped-up and stepped-in to raise the child.

And now for the twist…

Judith Wells has no one to blame but herself for the outcry against her.

The Divorce Industry (lawyers and therapists) are equally as culpable.

I don’t care that, today, they appeared to act in the best interest of the child.  Getting it right every now-and-then doesn’t compensate for all the times decisions were based on cronyism and favoritism.

This latter situation is how cases have usually been conducted on Judith Wells’ watch.

The VAST majority of time (based on my personal court watching experience) the Divorce Industry acts in the best interest of itself.

The events of today notwithstanding, the Family Court system needs to be abolished.  Everything argued today rose to the level of criminal court, which is where these things need to be decided.