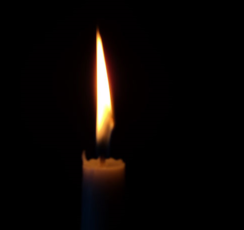 Reference this blog for details on $150,654 in Federal Tax Liens levied against George Griffith and his wife, Lori DeAngelis who is a candidate for the 325th District Court in Tarrant County.

First, let me say that a reader cannot draw a specific conclusion as to the exact circumstances that led to these taxes being unpaid.  With that being said, there are limited explanations to pick from.  Here they are…

A LOT of business owners make the mistake of not listing themselves on the 941.  They don’t pay themselves a W-2 salary and instead just take withdrawals from company profits.  They don’t know that the withdrawals are subject to 941 taxes as if they were W-2 wages – at least for an amount of salary that is considered typical for the industry they’re in.

Eventually, the IRS gets involved.  The business owner says, “But I didn’t know!” and the IRS says, “Ignorance of the law isn’t a defense.”

This explanation is very common – at least for the FIRST time the IRS contacts you about it.

Keep in mind: before the IRS files the lien they TELL YOU about the unpaid taxes that you didn’t know you had to pay.  In order for it to get to the lien stage you have to IGNORE what the IRS is TELLING YOU to do.  So even though this is a mistake born of ignorance, the fact that it turned into a lien has nothing to do with ignorance.

Owners Keep the 941 Taxes for Themselves

To fully understand the impact of this explanation I need you to take a look at your personal paystub from your employer.  Do you see the amounts taken out for Social Security and Medicare?  Your employer is supposed to remit those on your behalf to the Federal Government within a few days of every payroll.  Then, quarterly, your employer prepares a 941 form which just provides a summary of everything that was withheld from your check and remitted to the government.

Some business owners just keep that money for themselves.

Read that sentence again if you need to.

It means exactly what it says.

Some business owners take Social Security and Medicare taxes out of your paycheck and keep it for themselves. At least for a while. Trust me, the IRS knows they’re doing it and will take action.

There are other explanations for why someone would have unpaid 941 taxes.  Those explanations include under-reporting of income received as cash or barter that the IRS finds and reclassifies as income.  Inefficient record keeping that causes delays or inaccuracies in filing.  Not filing the form (In other words, you can pay the taxes but if you don’t file the form you’ll get fined and it will show up as unpaid 941 taxes.)

Let me be clear: You can have a ton of different reasons why you didn’t pay 941 taxes, but there is ONLY ONE reason why you have a Federal Tax Lien filed against you:

THE IRS TOLD YOU TO PAY AND YOU DIDN’T.

If you look at the actual liens at the other blog, you’ll see the last two are massive. I think George and Lori just did whatever they wanted until the IRS finally said, “ENOUGH!”

And then the IRS capped off what appears to be a 4+ year investigation by hammering George and Lori with a $108,591.47 Federal Tax Lien for unpaid 1040 income taxes.