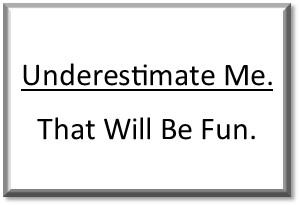 I think George and I want the same thing.  He might disagree, but let me explain why I think that way…

So I’m thinking he wants voters to consider Charla Moore’s influence when deciding who to vote for as the next District Judge of the 325th court.

In fact, I provided specific instances showing exactly how much influence Charla Moore appears to have on judges she supports for election.  I’ve even called it cronyism.

Lawyers are doing a horrible job at trying to explain away that evidence.  They claim there is a different legal explanation for what I’ve presented, but when I ask them to provide it they say, “I already have.”

No.  You said there was a different explanation, but you didn’t provide it.

We’re not in front of Judith Wells on this issue.  We are in front of the public.  You have to actually provide the explanation – not just claim it exists.  I have given specific details with specific language and specific rulings and specific events.

This next one also includes the group of lawyers I mentioned above.  Apparently, they were surveyed about judges’ performance and those lawyers thought very highly of Lori DeAngelis.

George thought it would be a good idea to start using the hashtag #NumbersDontLie in his posts.

I found $150,654 in Federal Tax Liens filed against George and Lori by the IRS and I thought the exact same thing!  The liens relate to unpaid payroll taxes (940 and 941) and unpaid income taxes.

But most Family Law lawyers and politicians do.

This message brought to you by a dad who is using his own time, money, and effort to bring light to the actions of lawyers, judges, and politicians in Tarrant County.

None of you are exempt.